On the first weekend of June, Falun Gong practitioners participated in activities in several cities across Europe, introducing this ancient Chinese cultivation practice to the public, and exposing the brutal persecution it faces in China.

Practitioners were invited to teach the exercises at a music festival held in Edinburgh, Scotland on June 4 and 5. 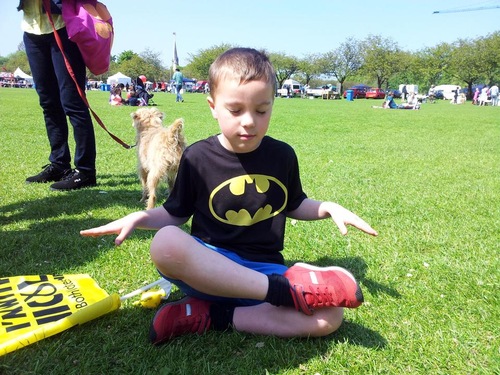 The organizers of the festival allotted an hour for the free Falun Gong workshop. One practitioner gave detailed explanations while the two others demonstrated the movements. Many people joined the exercises, and asked for contact information for local practice sites. 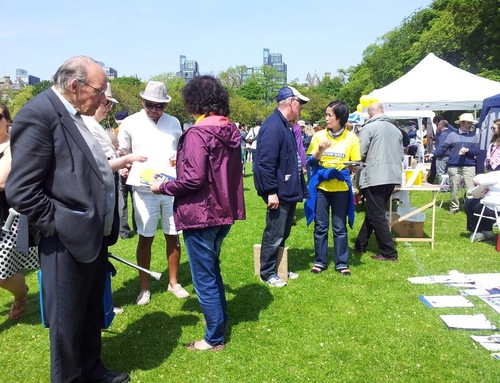 An Italian gentleman (with the stick) learned Falun Gong many years ago, but stopped for various reasons. He was glad to run into practitioners today so that he could resume practicing.

Besides teaching the exercises, practitioners also told the attendees about the persecution. Many people were shocked by the brutality and signed a petition to condemn it. In two days, practitioners collected 1059 signatures. 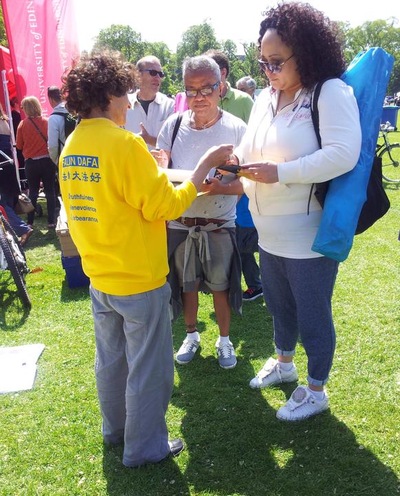 A couple from Venezuela chatted with practitioners for a long time. “We must help to stop the brutalities,” they said as they signed the petition. 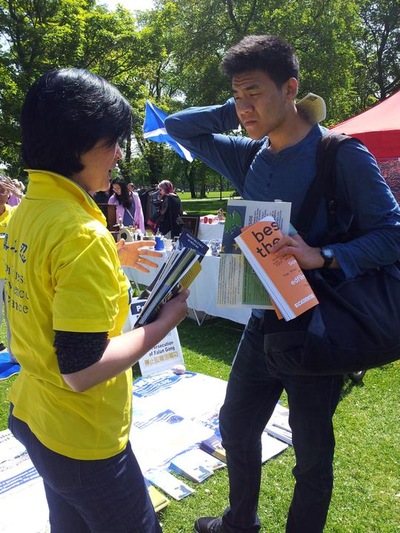 “I need to wake up myself and stand against it.”

In Augsburg, Germany, practitioners held a Falun Gong Information Day on June 4. The theme was collecting signatures on a petition that calls for an end to the persecution.

Mr. Spanlen said that he read about the persecution of Falun Gong in the newspaper. “Why did I sign the petition? I did so, because I believe the persecution is wrong. I need to wake up myself and stand against it.” 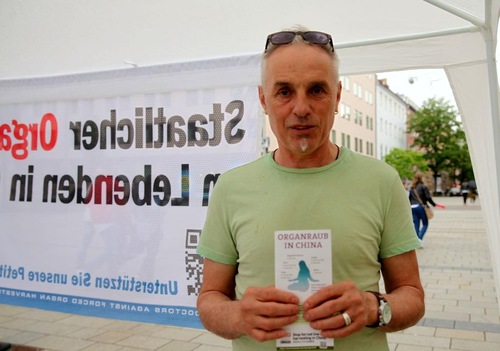 Mr. Naumman said the persecution is a huge mistake, and that the world community should focus on human rights as well as economic development.

“My students need this.” 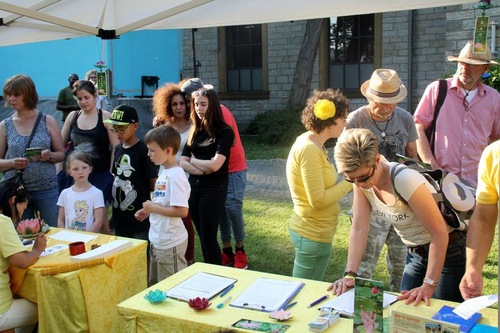 Many festival attendees were attracted to the peaceful exercises. An elementary school teacher said she wanted to learn, believing its just what she has been looking for.

“My students need this. They cannot calm down. Can I invite you to my class to demonstrate the exercises for them?” she asked.

One gentleman felt a strong energy field around the practitioners. He was shocked by the persecution, and signed the petition. “I am lucky and honoured to be the first one today to sign the petition,” he said.

Practitioners also gathered petition signatures downtown that same day. Many people said they had seen a documentary on television that reveals the state-sanctioned organ harvesting from Falun Gong practitioners in China. They were glad to have the chance to voice their support for Falun Gong today. 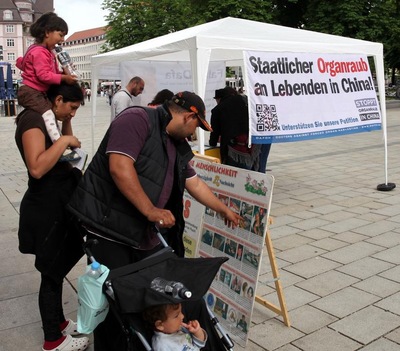 A Romanian family was shocked by the persecution. Both husband and wife signed the petition.

A Chinese gentleman who has lived in Germany for more than 10 years thanked practitioners for their efforts. “Many Chinese people have been brainwashed by the Party. You have done a great job of telling people the truth. Keep it up,” he said as he signed the petition.

Practitioners from Stockholm, Sweden, have held group exercises in a local park Humlegården every Sunday morning for almost 20 years. On sunny days, many people join them and learn the movements.

A young couple with a baby watched the exercises for a long time. When practitioners were taking a break, the mother approached and said, “It is so peaceful and so harmonic.” 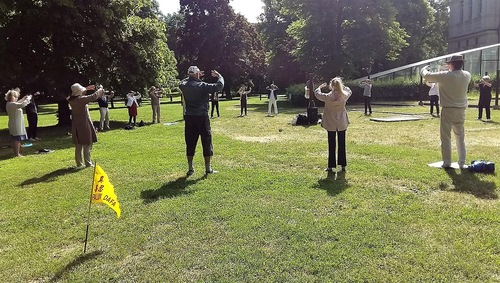