A total of 1,705 Falun Gong practitioners from Jiamusi City, Heilongjiang Province have filed criminal complaints against Jiang Zemin between May 2015 and February 2016, according to reports compiled by the Minghui website.

The practitioners charge the former Chinese dictator with initiating the brutal suppression of Falun Gong, and hold him responsible for the tremendous suffering inflicted upon them by his campaign. The criminal complaints were mailed to the Supreme People’s Court and Supreme People’s Procuratorate.

Many of these practitioners recounted how Falun Gong returned them to health and gave them a new outlook on life. Their dreams to live healthier and happier lives, however, were shattered when Jiang Zemin launched a nationwide campaign to eradicate the practice in 1999.

For simply refusing to give up their beliefs, they were arrested, detained, tortured, and had their homes ransacked and personal belongings seized. Many also saw their families implicated for their faith, while some were forced to pay huge fines.

In response to the practitioners’ complaints against Jiang, local police retaliate with intensified arrests and harassment. Among the 1,705 practitioners, at least 141 have encountered various forms of harassment by the authorities, and 41 were detained for various lengths of time. 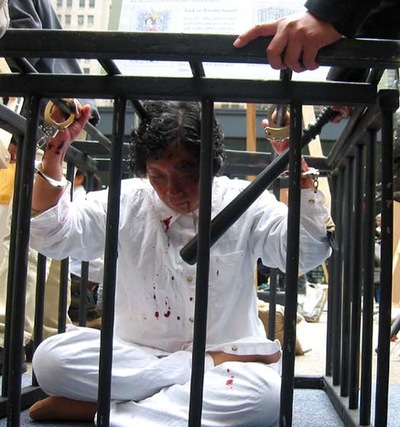 One of the plaintiffs, Ms. Jin Lihua, was arrested at her home on July 30, 2015. After taking her to a police station, officers returned and ransacked her home for two hours, filling two police cars with her computers, printers, Falun Gong-related materials, and many other personal belongings.

The police locked Ms. Jin in a metal cage, and several officers took turns interrogating her. The police detained her for a total of 15 days, despite her weak physical condition from high blood pressure.

The Jiamusi practitioners who filed criminal complaints include people from all walks of life, including a former labor guard, bank executives, government officials, retired military officers, and accountants.

In particular, Ms. Cui Huifang was once a labor camp guard who followed orders to torture the practitioners into renouncing their faith. She began practicing Falun Gong herself upon realizing the injustice of the persecution and seeing how people have benefited from the practice. She is now facing illegal imprisonment herself for speaking out for the practitioners.

Mr. Lv Zhongcheng was once a county executive. He said, “The principles of Falun Gong really helped me do a better job and be more considerate of others.” Because of the persecution, both his wife and his sister passed away after years of living in fear and tremendous stress.

Mr. Huang Min, 72, a retired engineering professor from Jiamusi University, was sentenced to 20 years in prison for helping Shandong practitioners tap into state-owned television to broadcast programs exposing the persecution of Falun Gong by the communist regime. He is still being held in Shandong Prison and subjected to physical and mental abuse every day. His wife filed a complaint against Jiang on his behalf. 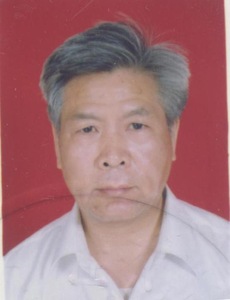 Ms. Wu Xushu was once the deputy manager and accountant at a construction company. She was fired from her job for not giving up her faith. During the past 17 years of persecution, she has been repeatedly sent to mental hospitals and labor camps, where she was subjected to various forms of torture and suffered multiple organ failures as a result.

Mr. Huo Jinping, a retired military officer, was also repeatedly sent to labor camps and brainwashing centres. He was savagely beaten and force-fed during his detention at the Jiangsanjiang Brainwashing Centre. Several of his ribs were broken. 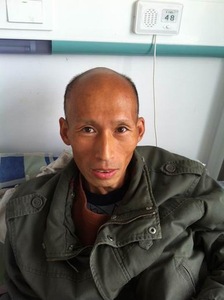 Mr. Huo Jinping was sent to a hospital after being tortured at the brainwashing centre.

Mr. Hou Zhiqiang was twice given forced labor, for a total of four and a half years. He was brutally beaten, locked in solitary confinement, forced to sit on a “small stool” for a long time, force fed, and tortured by other means.

His wife, Ms. Men Xiaohua, was also sent to a labor camp and a mental hospital, where she was injected with nerve-damaging drugs. She passed away in the summer of 2003.

His father, Mr. Hou Zhenan, was repeatedly arrested and harassed by police. In addition to the stress from worrying about his son and daughter-in-law, he passed away on September 30, 2006.

Mr. Hou’s son, Hou Jie, was only 11 years old when the persecution of Falun Gong started in 1999. The boy spent his childhood in fear.

In 1999, Jiang Zemin, as head of the Chinese Communist Party, overrode other Politburo standing committee members and launched the violent suppression of Falun Gong.

The persecution has led to the deaths of many Falun Gong practitioners in the past 16 years. More have been tortured for their belief and even killed for their organs. Jiang Zemin is directly responsible for the inception and continuation of the brutal persecution.

Chinese law allows for citizens to be plaintiffs in criminal cases, and many practitioners are now exercising that right to file criminal complaints against the former dictator.